Ok, this is the last photograph I am going to post from the weekend. During the shoot at Top Star yesterday, Alan and I decided to climb to the top of the Driving Screen which we did. It was SUPER dodgy and I cannot believe we are still alive and un-injured but we did it and I had to shoot a photograph at the top. I had an experimental weekend where I tried to basically break my camera gear by changing all the settings even more than I normally do and this was another result of that. The skyline was quite boring because of the time of day it was so I white balanced way off and then underexposed a bit as well as change a few otehr settings on camera. I have to go back and shoot a sunset there one day. I will, you’ll see. Haha 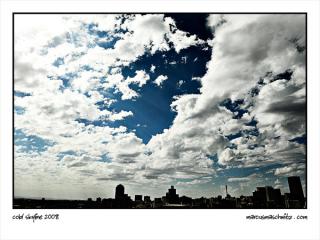