Over the past few months I’ve been working with Jack Daniel’s on the Hero Serve Campaign. It’s always a dream for any artist to work a project that inflames belief and inspires creativity. It doesn’t happen for everyone but I am one of the few lucky bastards in the world who has had the opportunity to work a dream-job with a brand that has influenced me to some of my favourite work; work that I am insanely proud of in both a personal and professional capacity.

The team over at Splendid Communications came up with a vision for the initiative and I’ve had an awesome time grafting to make that vision happen, in a way that has successfully merged my own signature style with the already established Jack Daniel’s voice.

After lots of love and labour the Hero Serve Campaign has finally hit the streets, featuring a series of images of the band CuT rehearsing at The Underworld in Camden Town. I shot the stills with little preconception; nothing was posed or staged and we opted for a documentary style approach in order to capture an AUTHENTIC experience. The images have been used to create a selection of point-of-sale posters, coasters and bar menus across the country but have also been picked up for use worldwide.

I feel incredibly honoured to have been trusted by a brand with such a strong music heritage – supporting rock and musicians for the longest time; it’s something I’ve supported and admired, and am now glad to be a small part of.

Check out the picture below: it’s a poster making use of the lead image from the campaign – I’m stoked that the pictures are out for people to get a load of. WATCH THIS SPACE…there’s more where that came from.

“Play with heart. Drink with care.” 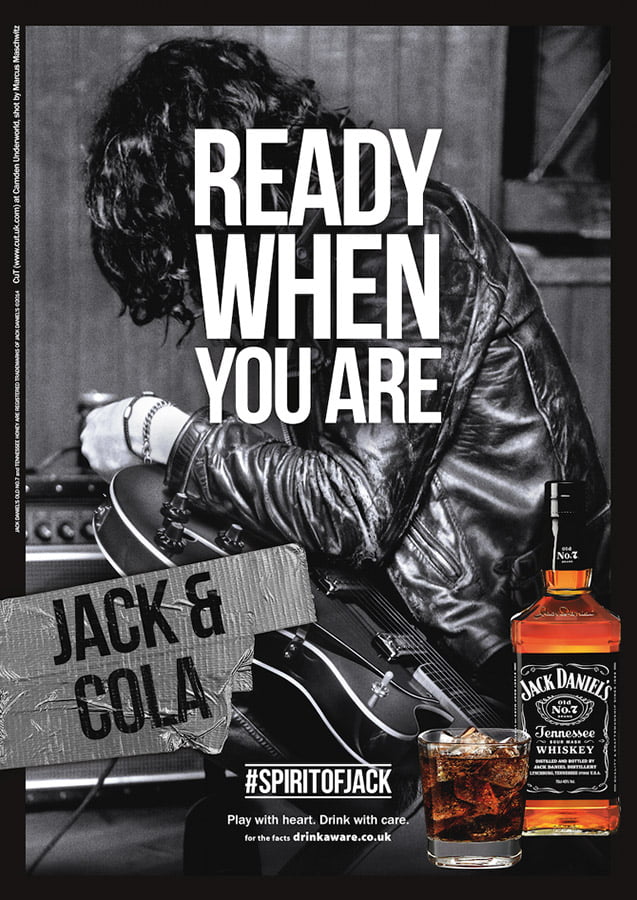