Today is a proper saddest day. My friend Wayne passed away today after suffering in ICU for the passed 6 weeks. All this because some stupid idiots shot him while he was visiting our country, as if robbing him wasn’t enough.

I am so sad and am not sure how to deal with stuff like this. I normally just go back into my hard drives and look through photographs that are appropriate and in doing this, I found this photograph. It might not be one of my best but it means a lot. It is basically from the first set of photographs I ever shot of food. I shot this at a restaurant called Malachites which Wayne used to own and run. They were one of my very first clients when I started Melon Graphics 6 years ago and they trusted me to do some work for them. I love this shot just because I remember taking it with Wayne’s help and then eating it and thinking of how excited I was starting my new venture. That was long ago. Malachites was since sold and Wayne and Gary moved over to the UK about a year and a half ago and they have loved it. We hung out with them last year when we were over and we spoke to them about our plans to move over at the end of this year. They have made us so excited and helped us a lot already by motivating us to think of the bigger picture and Wayne joked about us coming to stay with them for our honeymoon later this year. I’m telling you this just to get it out and give the sense of what good people they are.

Anyway, thank you to everyone who has been praying for and thinking of Wayne during this time. It really means a lot. I am sad to say goodbye to him but I know the suffering is now over. All my thoughts now focus on his partner Gary and all Wayne’s family and friends. So much love and strength not just now but with everything. 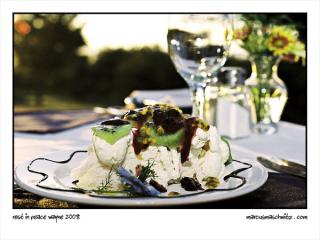