I started skateboarding about 15 years ago and over the years I stopped and started a bunch of times only because life gets in the way and things happen and change … it’s not a bad thing but lately I have been really missing it. It’s weird because I have been skating again for about the last year but have really battled to make time for it so it’s not really happened as much as I like … even though I am really enjoying it again.

I guess that essentially skateboarding has definitely been the biggest “shaper” of who I am as a person. It taught me to be free, got me into the music that I listen to, started my interest in photography, allowed me to meet my wife, showed me the world (or at least a lot more of it than I would’ve seen without it) and generally built the character that I am.

I set up a scene in my friends warehouse a few weeks back and setup some light so that he could shoot a photo of me so that I can look at it and keep motivated. I want to try and get back into it more from the new year.

Anyway, I recently watched the Bones Brigade autobiography documentary and that’s motivated it even more. 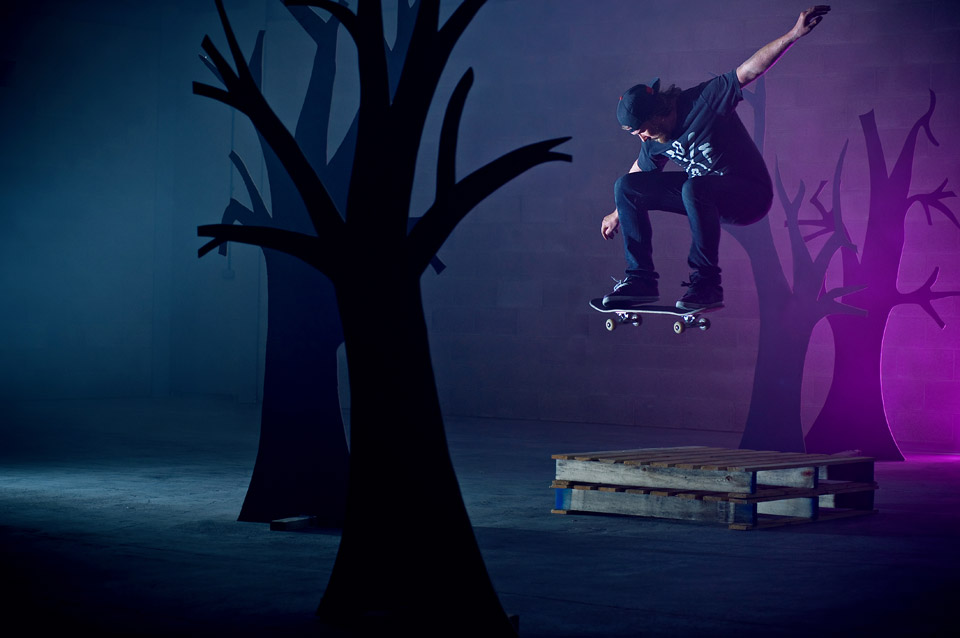