WOW, I just realized that it has been a long time since I last updated this blog and that really isn’t normal for me at all. It’s not that I have been lazy but rather just super busy working on a million projects and trying to really focus on them and make sure that I push out new stuff that I am really proud of. I am hoping to get some time before the end of this week to make an update and upload some of the recent photographs that I have been taking but I thought I would just touch face and let you know that I feel really bad for neglecting my blog.

I have worked with some really amazing bands since the last update and last night I think I witnessed one of my most favourite live shows to date. I keep saying that but they just seem to be getting stronger and stronger. Music really is truly inspiring for me and I find it hard for me to engulf myself in each of the projects that I work on. I am also really excited for the upcoming bookings I have and am really going to push myself hard to make sure that I keep stepping it up as a music photographer. Thank you to all the artists who have believed in me so far and pushed me to do what I feel such passion for.

On a different note, I have been working really late in the nights (in between moving house) on some web development for myself (almost done) as well as for some good clients (should I rather say friends) and two of them have just gone live so check them out on www.revolution.co.za and www.kfdskateboards.com.

Other than that, I hope you are all well. I brought my Yashica out the cupboard yesterday after being inspired to shoot a project with it (thanks Mike) and shot a self portrait while setting up lighting for my shoot. This is it. It’s supposed to be that dirty because I shot through the Yashica with my D3 so it captured everything. I think the idea has been named Through The Viewfinder and I just found the group on Flickr so check it out. Definitely a cool idea I would play with again. 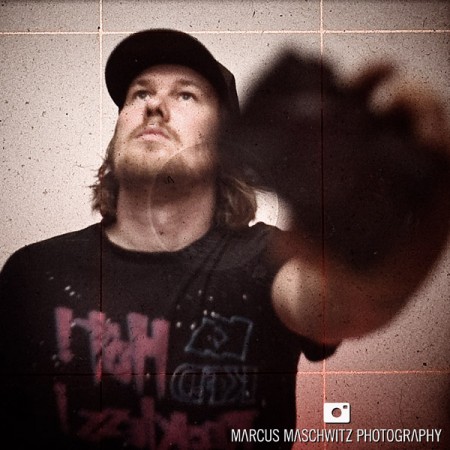